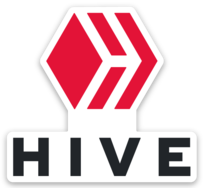 Prior to this merge, the bulk of my work was on [the javascript tutorials](https://peakd.com/hive/@inertia/hive-developer-portal-update-language-tutorials-et-al). After my proposal got funded, I was able to [dig deep into the API Definitions and begin the python tutorials](https://peakd.com/hive-139531/@inertia/hive-devportal-update-sdk-references-python-tutorials). For this merge, I've continued to spend the last few weeks on the python tutorials. There are 30+ tutorials ranging from how to vote to account recovery. Most of them were written with the previous chain in mind. As such, they all used the previous chain's "official" python library. Now, they all use [beem](http://beem.readthedocs.io/) instead, because beem rocks. Anyway, here are all the newly audited python tutorials: http://developers-staging.hive.io/tutorials/#tutorials-python Related merge: https://gitlab.syncad.com/hive/devportal/-/merge_requests/66 This update also tracks the new Bridge API changes (Hivemind/Communities), [thanks to the information provided by openapi](https://peakd.com/openapi/@inertia/questions-about-hivemind-api-documentation). --- One of the python tutorials I'm particularly proud of is the one about delegations: https://developers.hive.io/tutorials-python/delegate_power.html Before my changes, it was technically correct, which I admit is [the best kind of correct](https://www.youtube.com/watch?v=hou0lU8WMgo). But in addition, I wanted to clarify in the tutorial, and in code examples, that it's best to present HIVE Power to the end-user, not VESTS. While it's fine to write scripts that deal in VESTS, most people never encounter them. Not only that, but the amount of HIVE Power vs. VESTS always changes. Like, right now, at the time of writing, 527.344 HIVE Power is worth 1,000,000 VESTS. That's not a very intuitive conversion, especially since it changes continuously.

So I added steps to present VESTS as HIVE Power and capture HIVE Power inputs and turn them back to VESTS, since the blockchain wants to deal in VESTS. That's just an example of the kinds of principles and best practices I want to enforce in the devportal, as much as possible.

I wrote 20 short programs in Python yesterday. It was wonderful. Perl, I'm leaving you.
Next, I'll do the same review audit for the ruby tutorials, but somehow I don't think that will take as long. --- If you'd like to vote for my current proposal: [https://hivesigner.com/sign/update-proposal-votes?proposal_ids=[151]&approve=true](https://hivesigner.com/sign/update-proposal-votes?proposal_ids=[151]&approve=true) Also see: https://peakd.com/proposals/inertia